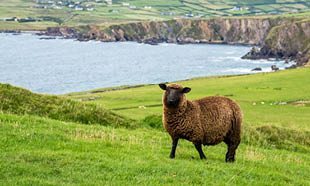 …the journey [was] so enriching and meaningful to me. It was perhaps the best trip I have ever taken, the most insightful program I have ever attended…I look forward to attending more of your programs.

The Uses of Enchantment: Charisma and Power
A Program with the Monks of Glenstal Abbey
March 23-29, 2020
County Limerick, Ireland

As our world grows more stressful and confusing, the need for clarity and purpose in our lives grows more intensely. We may not always be aware of this intensifying dynamic within us, but we nonetheless find ourselves, consciously or unconsciously, drawn to powerful, charismatic figures — parents, teachers, mentors, clergy, and therapists — who signal that they have the answers we seek.

During the course of our week together, in dialogue and discussion with thoughtful and outstanding Jungian analysts and authors, as well as the erudite and psychologically sophisticated monks of Glenstal Abbey, we will explore the archetypal underpinnings of charisma and the powerful influence that many of these figures have over us, individually and in our culture.

The measure of a man is what he does with power. —Plato

Charisma is, indeed, a powerful force in our lives. Its influence evolves on both conscious and unconscious levels, and can significantly shape who we are, who we strive to be, and who we have become.

Charismatic leaders have always existed historically — from Cleopatra to Napoleon to FDR, among others.

Charisma and the power it wields still flourish in the world today. Thanks to the Internet and sophisticated marketing, people are influenced by charismatic characters and forces in ways never dreamed possible. They can be influential pop-culture celebrities or entertainers. They can be anger- driven, narcissistic politicians. Or they can even be someone we know well—a parent, teacher, therapist, mentor, or clergy.

What they each have in common is the powerful influence they can exert. That influence can be positive and nurturing. Or it can blindly and destructively control our lives. If the lure is strong enough, we long to be just like them, or we want to reflect feelings, thoughts, and actions that would please them.

This person has authority, charm, and/or passion and can influence us by telling us who we ought to be and what should be most important to us. Their passion becomes our passion.

During the course of our seminar, we will explore how to identify charismatic figures in our lives, past and present. These are people who exploit their influence and power in a detrimental and manipulative manner as well as those who make use of their authority and influence in order to help us thrive, succeed, and flourish. 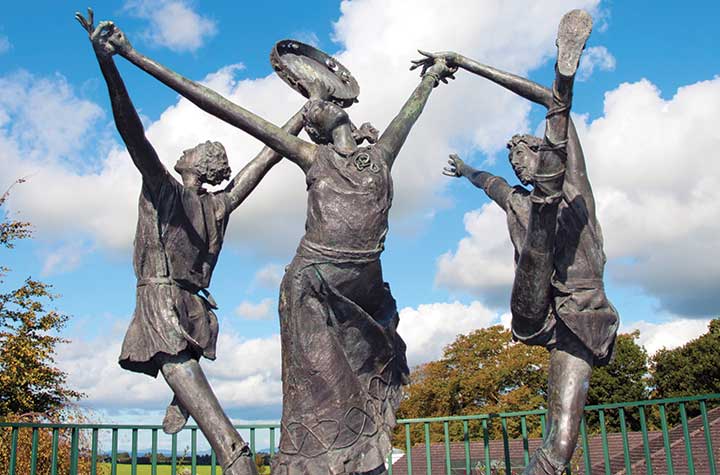 The “Children of Lir” sculpture stands in the town of Ennis, our home base during this program.

The charming town of Ennis in County Clare, lies on the banks of the River Fergus — a short drive from someof Ireland’s most notable sites including the Bunratty Castle, the Burren, the Cliffs of  Moher, and the west coast of Ireland. Founded in the thirteenth century, medieval Ennis developed into a thriving market town that continues to this day. Known for its music and poetry festivals, and especially for traditional Irish music, Ennis treasures its history and culture and is proud to share its past and present with visitors.

Accommodations
The Old Ground Hotel in Ennis, a short drive from Shannon Airport, is a beautifully restored, ivy-clad manor house with newly refurbished guest rooms that are both stylish and spacious. The hotel offers two restaurants and the picturesque “Poet’s Corner Bar.” Known for its warm Irish hospitality and gourmet meals using local produce, it is an ideal base for our program. A five-minute walk takes you to the heart of the village where you will find the town square, the thirteenth-century Ennis Friary, and a multitude of shops, restaurants, and bookstores. The pubs in Ennis feature traditional Irish music nightly. A perfect town to stroll — day or evening.

Program Setting
Glenstal Abbey in County Limerick, home to a community of monks (many renowned scholars among them), is a Benedictine monastery on the southwest coast of Ireland. It sits on over 300 acres, with streams, lakes, woodland paths, and an enchanting walled garden. Surrounding a castle built in the romantic Norman style, the Abbey houses a world- famous collection of Russian icons and one of the most important private libraries in Ireland, with a substantial archive of antiquarian books (many dating back to the fifteenth century) on Irish history, Irish literature, biography, and art.

Free day OR optional day-long outing: Explore the Sacred Landscape of the Burren
The Burren region of North Clare is one of the most striking landscapes in all of Ireland. Over countless centuries, geology, climate, and human activity have combined to produce a paradoxical experience of nature at its starkest and most fertile. This (optional) daylong outing will be led by Nóirín Ní Riain and Brother Colmán, who will share the secrets and treasures of the Burren. En route, Nóirín and Colmán will enchant us with Irish legends, stories, and song.

9:30 a.m. Simon Sleeman, Being in Charge and Having Authority Without Needing to Control
10:45 a.m. Break for coffee and tea
11:15 a.m. Closing faculty-participant discussion reflecting on our experience at Glenstal
12:10 p.m. Walk to Carraig an Aifrinn (Rock of the Mass) (optional), led by Nóirín Ní Riain
OR Mass with the monks of Glenstal Abbey (optional)
1:15 p.m. Return to our hotel in Ennis; afternoon free
7:45 p.m. Festive closing dinner and music (included) at the Old Ground Hotel

Departures for airports. For those participating in the March 30–April 6 seminar, Awakening the Genie Within: Our Undiscovered Self, an additional night (March 29) will be provided at the Old Ground Hotel at no additional cost. On March 30, transportation will be provided to the Park Hotel in Killarney.

Meals included: Full breakfast daily; all breaks for coffee and tea; lunches on March 24, 25, and 27; welcoming and farewell dinners at the Old Ground Hotel (March 23 and 28) and dinner at the Abbey, March 25. 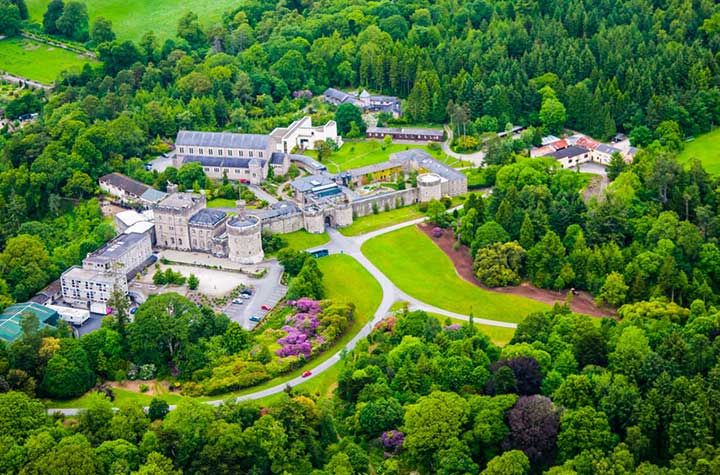 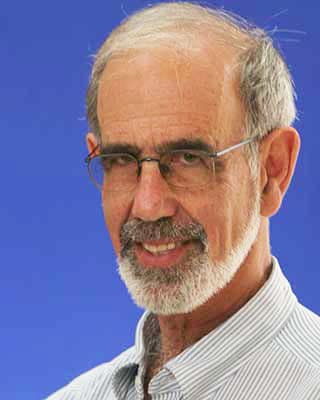 Yoram Bilu is a professor emeritus of anthropology and psychology at the Hebrew University. His research interests include the anthropology of religion (focusing on saint worship, messianism, and religious healing), culture and mental health, the sanctification of space in Israel, and Moroccan Jewish culture.

Professor Bilu served as the chair of the department of psychology and the head of the Authority for Doctoral Students, both at the Hebrew University of Jerusalem, and as the president of the Israeli Anthropological Association. He has been a visiting professor at several American Universities. In 2013, he received the Israel Prize (most prestigious award in Israel) in sociology and anthropology. In 2015 he was elected to the Israeli Academy of the Sciences. His publications include many articles in important journals and two books published in English: Without Bounds: The Life and Death of Rabbi Ya’aqov Wazana, Detroit: Wayne State University Press and The Saints’ Impresarios: Dreamers, Healers, and Holy Men in Israel’s Urban Periphery. 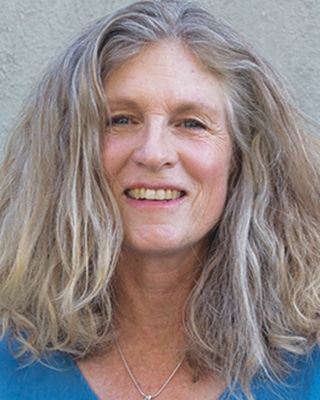 Marlene Frantz is a Jungian analyst and an artist. Her private practice in Santa Monica, California, includes individual and group work as well as supervision. A certified group psychotherapist, Ms. Frantz has lectured on creativity, grief, and equine therapy and has led workshops on the creative process, dreams, and rebuilding one’s life after loss. She has contributed articles and been a featured artist in Psychological Perspectives, the journal of the Los Angeles Jung Institute. 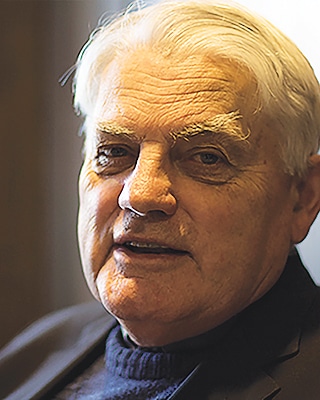 Mark Patrick Hederman, former abbot of Glenstal Abbey, has been a monk of Glenstal Abbey for over 40 years. Founding editor of The Crane Bag Journal of Irish Studies, he spent the first years of the new century wandering in search of the Holy Spirit, allowing inspiration and coincidence to lead him. Among his many publications are Walkabout: Life as Holy Spirit; Kissing the Dark: Connecting with the Unconscious; Underground Cathedrals; Dancing with Dinosaurs; and, his most recent, The Opal and the Pearl. 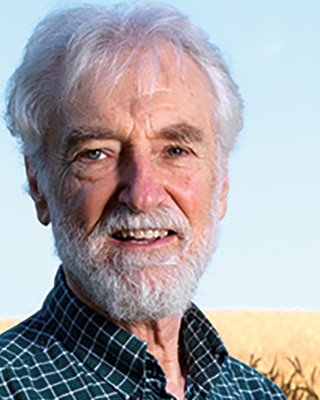 John Hill, MA, earned a diploma in analytical psychology from the Jung Institute of Zurich, where he served for many years as training analyst, and degrees in philosophy from the University of Dublin and Catholic University. He has a private practice in Zurich and is a training analyst at ISAP-Zurich. Born and raised in Ireland and a graduate of the Glenstal Abbey School, he has published, among others works, “Celtic Myth,” “Dreams,” “Christian Mysticism,” and At Home in the World: Sounds and Symmetries of Belonging. 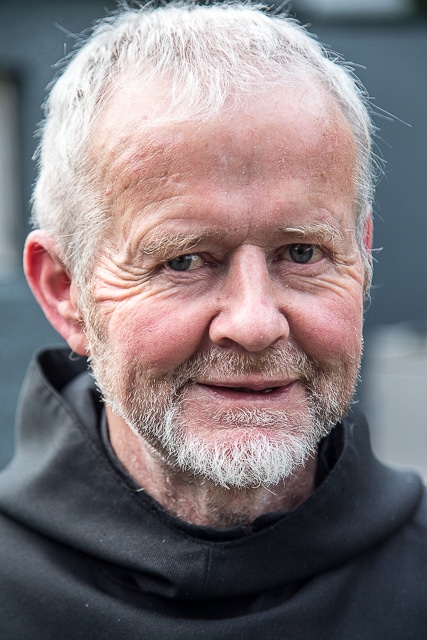 Anthony Keane joined the Abbey of Glenstal in 1965 to teach in the Abbey school, one of Ireland’s leading secondary schools for boys. Father Keane studied archaeology and Irish in Dublin and theology in Rome, following which he embarked on pilgrimage for a year in India before returning home to tend the forest in Glenstal and serve as the monastery’s forester. Situated on several hundred acres, Glenstal’s forest contains some of the oldest and most magnificent trees in Ireland. 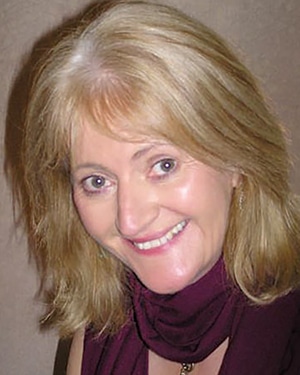 Nóirín Ní Riain, PhD, an acclaimed spiritual singer, has introduced the Dalai Lama at official occasions in Ireland and elsewhere. A theologian, musicologist, and recording artist who was awarded the first doctorate in theology from the University of Limerick, she has written several books, including Listen with the Ear of the Heart: An Autobiography; and Theosony: Towards a Theology of Listening. Dr. Ní Riain was ordained a minister in 2017 with One Spirit Interfaith Seminary in London. 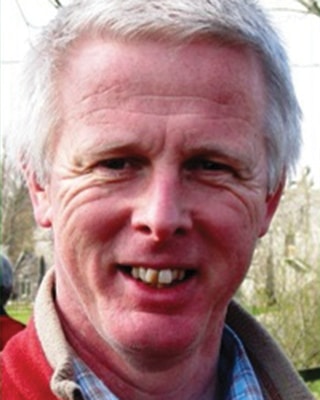 Colmán Ó Clabaigh is a monk of Glenstal Abbey and a medievalist specializing in the history of Irish monasticism. He is the author of many books and articles, including his monograph The Friars in Ireland, 1224–1540, which was awarded the 2013 Prize for Irish Historical Research by the National University of Ireland. Brother Ó Clabaigh’s current research focuses on the impact of religion on the human life cycle in medieval Ireland. 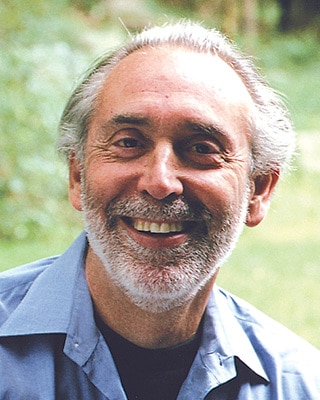 Aryeh Maidenbaum, PhD, Director of the New York Center for Jungian Studies, is a Jungian analyst in private practice in New York City. Among his publications are the articles “The Search for Spirit in Jungian Psychology,” “Sounds of Silence,” and “Psychological Types, Job Change, and Personal Growth,” and the collection of essays Jung and the Shadow of Anti-Semitism. Moderator of an important conference on aging at the Library of Congress, Dr. Maidenbaum was also a faculty member at NYU for 18 years where he taught courses in Jungian psychology, and was a contributing author of Current Theories of Psychoanalysis. 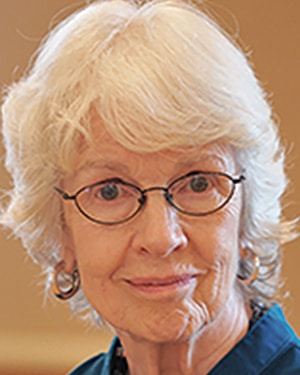 Sylvia Brinton Perera, MA, an internationally known Jungian analyst, lives, practices, writes, and teaches in New York and Vermont. Faculty and board member of the Jung Institute of New York, she lectures and leads workshops internationally. Her publications include Descent to the Goddess: A Way of Initiation for Women; The Scapegoat Complex: Toward a Mythology of Shadow and Guilt; Dreams, A Portal to the Source; Celtic Queen Maeve and Addiction: An Archetypal Perspective; and The Irish Bull God: Image of Multiform and Integral Masculinity.

Father Simon Sleeman, MA, earned a BA in psychology and philosophy at University College, Dublin, and MAs in theology and organizational development. Ordained in 1991, Father Simon was born in Berlin and educated at the Glenstal Abbey School. Headmaster of Glenstal’s Secondary School from 1991 to 1998 and bursar of Glenstal Abbey from 2000 to the present, he notes that “providential encounters with psychotherapy, poetry, and alternative philosophies have helped me to forge another understanding of life.”